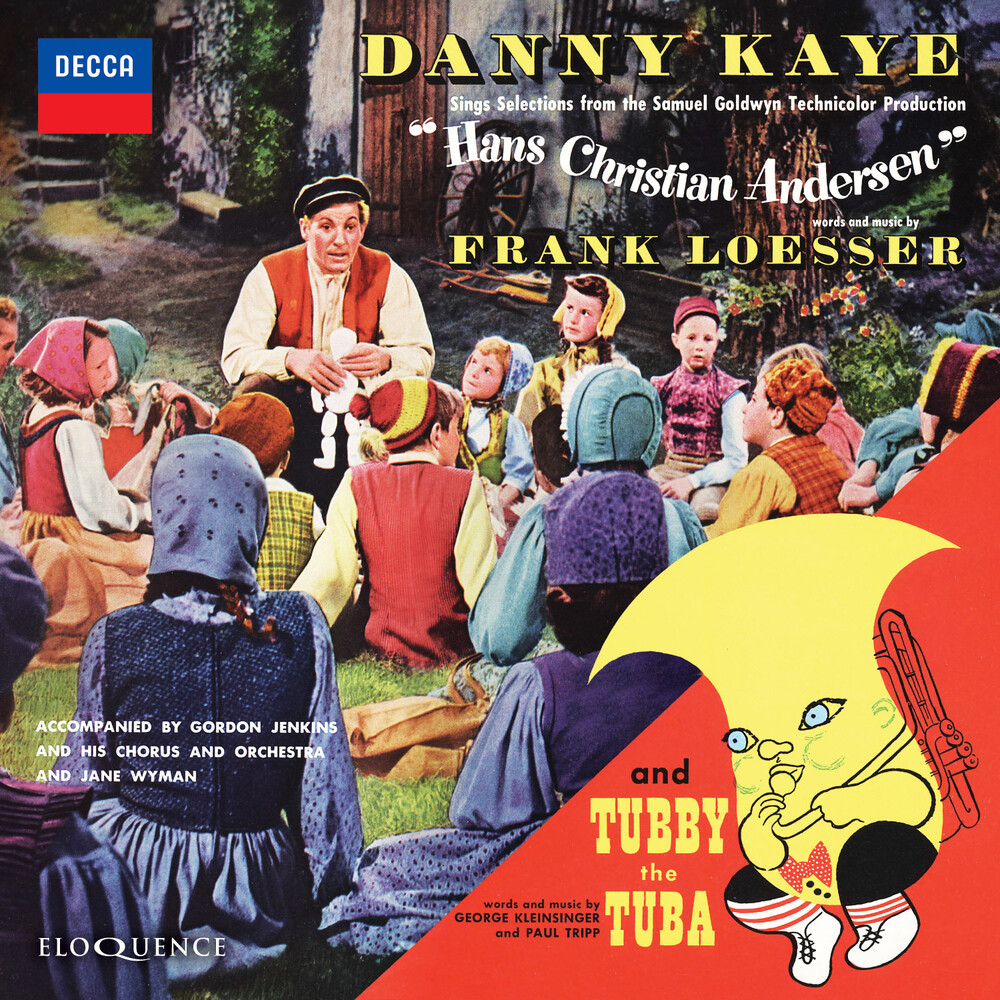 Hans Christian Andersen, the film, was produced in the spring of 1952 and released on 25 November in New York, with general release following in December that year. It was one of the top ten grossing films of the year, but was not well received in Andersen's hometown of Odense, when it was released in Denmark in September 1953. It was nominated for six Academy Awards: Best Color Cinematography, Best Art Direction and Set Decoration (Color), Best Costume Design (Color), Best Scoring of a Musical Picture (Walter Scharf), Best Song ('Thumbelina'), and Best Sound Recording. Decca (US) recorded the soundtrack in August that year and the songs were originally released as a series of four 78rpm singles, with two songs per disc, a 45rpm album, and a ten-inch LP. Danny Kaye took the lead, and when the album was reissued (on Decca and MCA) on a twelve-inch LP, four further tracks were added: Tubby the Tuba as well as it's less-well-known sequel, Tubby the Tuba at the Circus, and two additional songs written by Kaye's wife, Sylvia Fine. Now, for the first time on a Universal Music label, the original tapes have been retrieved from the archive and newly remastered for release on Eloquence.