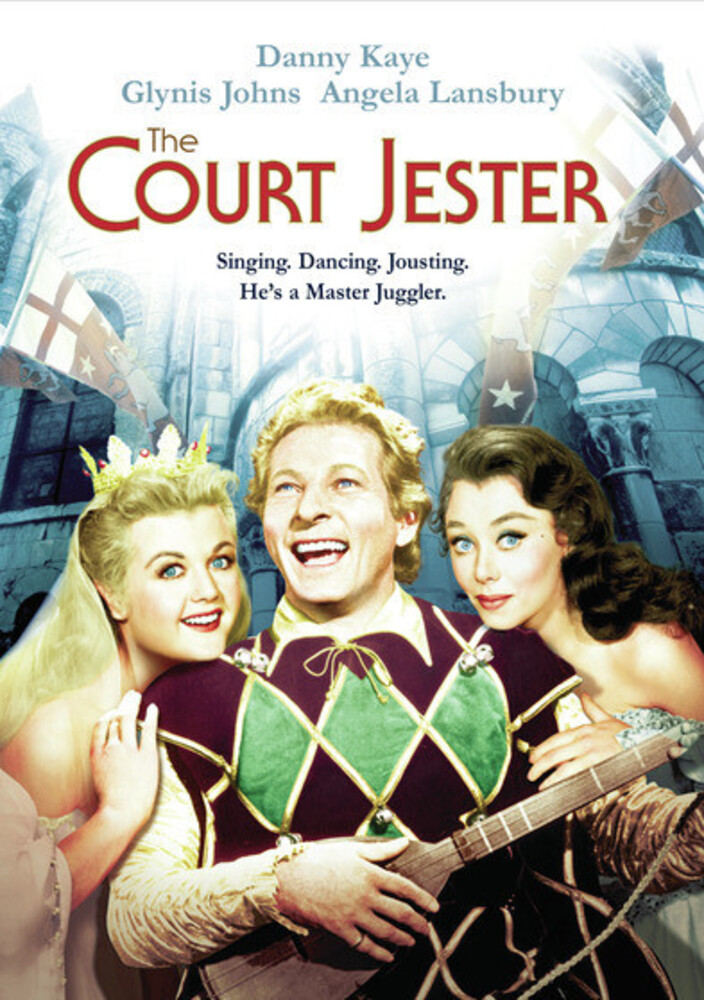 In this swashbuckling comic farce, star Danny Kaye plays kind-hearted entertainer Hawkins who disguises himself as the legendary king of jesters, Giacomo. Hawkins infiltrates the court of the evil villain Basil Rathbone, but when a sorceress hypnotizes him, royal chaos ensues. Giacomo now believes he is also an infamous assassin, and alternates between his identities at the snap of a finger. Between swordplay and wordplay, Danny Kaye displays his fancy footwork and his comic genius. With a stellar supporting cast, including Glynis Johns, Angela Lansbury and Mildred Natwick, Kaye sings and dances among dueling knights and damsels in distress. Through it all, this jester proves he's one of the original kings of comedy.