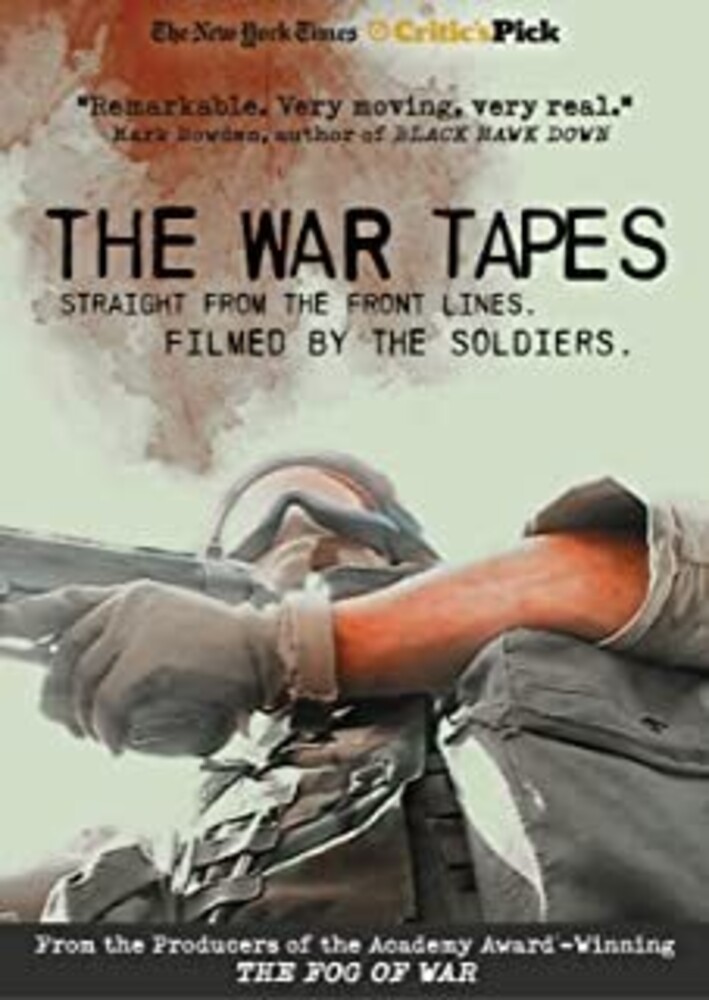 Straight from the front lines in Iraq, The War Tapes is the first war movie filmed by the soldiers themselves. Directed by Deborah Scranton, and produced by Robert May (The Fog of War) and Steve James (Hoop Dreams), The War Tapes is Operation Iraqi Freedom as filmed by Sergeant Steve Pink, Sergeant Zack Bazzi, and Specialist Mike Moriarty. Steve is a wisecracking carpenter who aspires to be a writer. Zack is a Lebanese-American university student who loves to travel and is fluent in Arabic. Mike is a father and resolute patriot who rejoined the Army after 9/11. These soldiers captured over 800 hours of footage, providing a glimpse of their lives in the midst of war. The result is a raw portrait of three men?and their families?as they face, and struggle to understand, their duty.
back to top