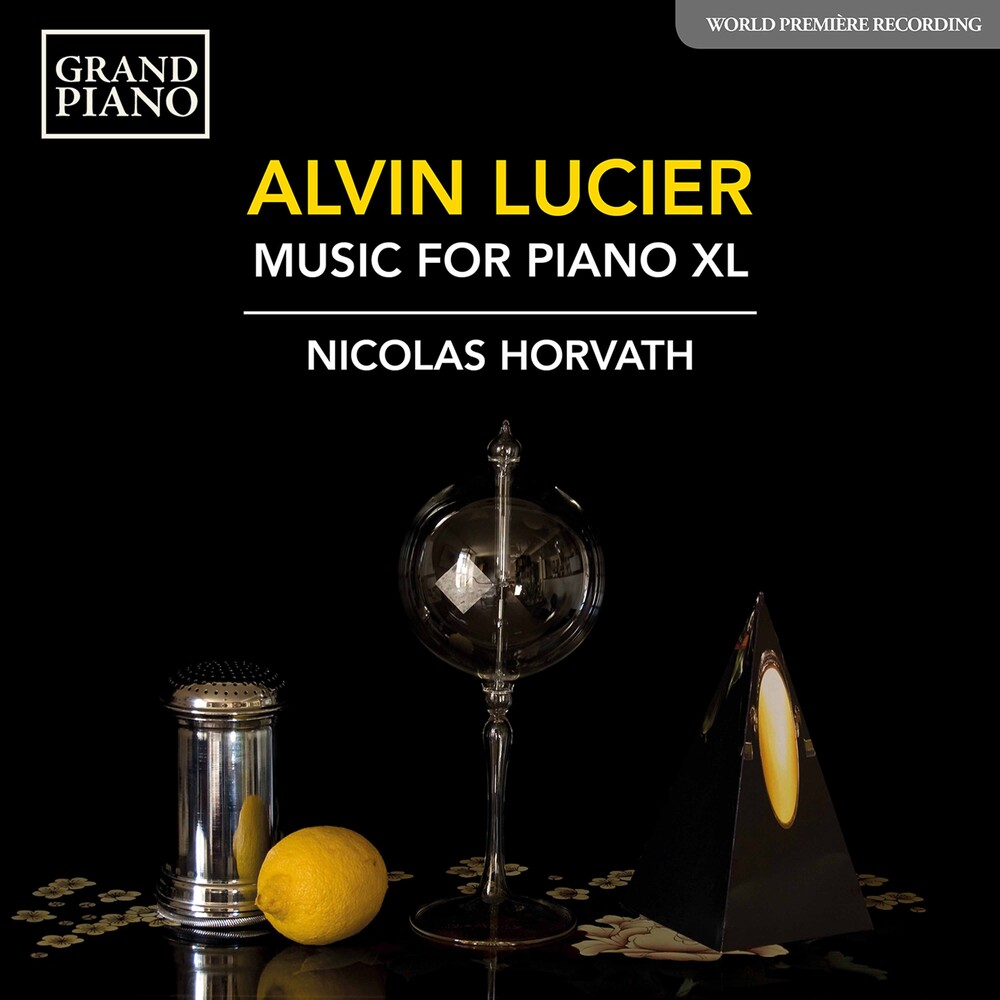 Alvin Lucier is one of America's foremost experimentalists, challenging the fundamental principles of music and focusing on acoustic phenomena and how listeners perceive them. Music for Piano with Slow Sweep Pure Wave Oscillators explores the acoustic 'beating' effects and tuning phenomena of sine waves against piano tones. This new XL version expands the extraordinary listening experience in a work described by Nicolas Horvath as 'immersive, intense and enigmatic'. Nicolas Horvath is an unusual artist with an unconventional résumé. He began his music studies at the Académie de Musique Prince Rainier III de Monaco, and at the age of 16, caught the attention of the American conductor Lawrence Foster who helped him to secure a three-year scholarship from the Princess Grace Foundation in order to further his studies. His mentors include a number of distinguished international pianists, including Bruno Leonardo Gelber, Gérard Frémy, Eric Heidsieck, Gabriel Tacchino, Nelson Delle-Vigne, Philippe Entremont, Oxana Yablonskaya and Liszt specialist Leslie Howard who helped to lay the foundations for Horvath's current recognition as a leading interpreter of Liszt's music. He is the holder of a number of awards, including First Prize of the Scriabin and the Luigi Nono International Competitions.