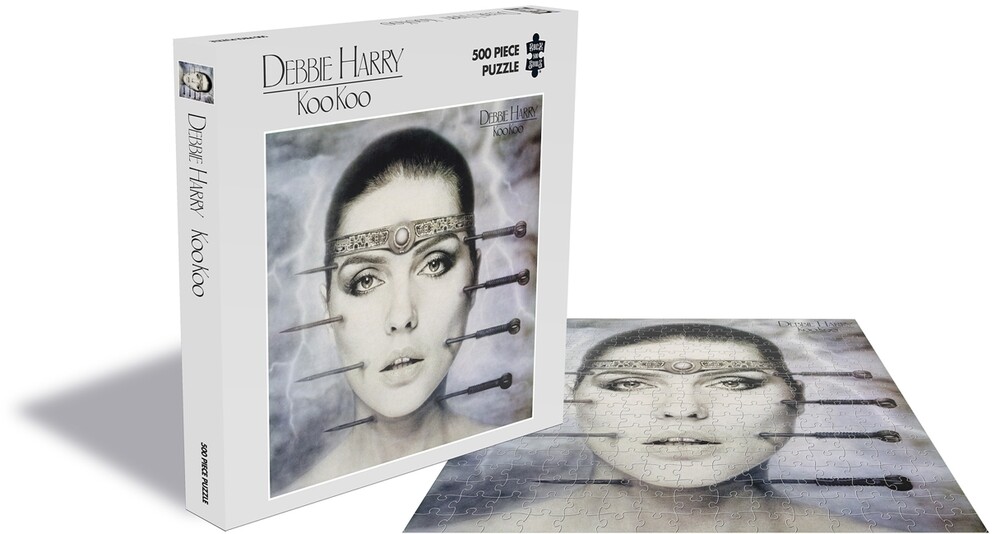 Released on 27th July 1981, "KooKoo" is the debut solo album by American singer Debbie Harry. Recorded while Harry and boyfriend Chris Stein were taking a break from the band Blondie, the album was produced by Nile Rodgers and Bernard Edwards of the R&B band Chic. "KooKoo" showcased the early fusion of funk, rock and dance music that would become the trademark of Rodgers and Edwards. The album reached No. 6 on the UK Albums Chart and peaked at No. 25 on the US Billboard 200 and has since been certified gold by the RIAA. The cover art for the album was created by Swiss artist H.R. Giger, known for his design work on the 1979 sci-fi/horror film Alien. This iconic artwork is now available as a 500 piece jigsaw puzzle printed on high quality board.500 pieces Weight: 490g Jigsaw size: 41cm x 41cm Box size: 30.9cm x 30.9cm x 2.8cm
back to top