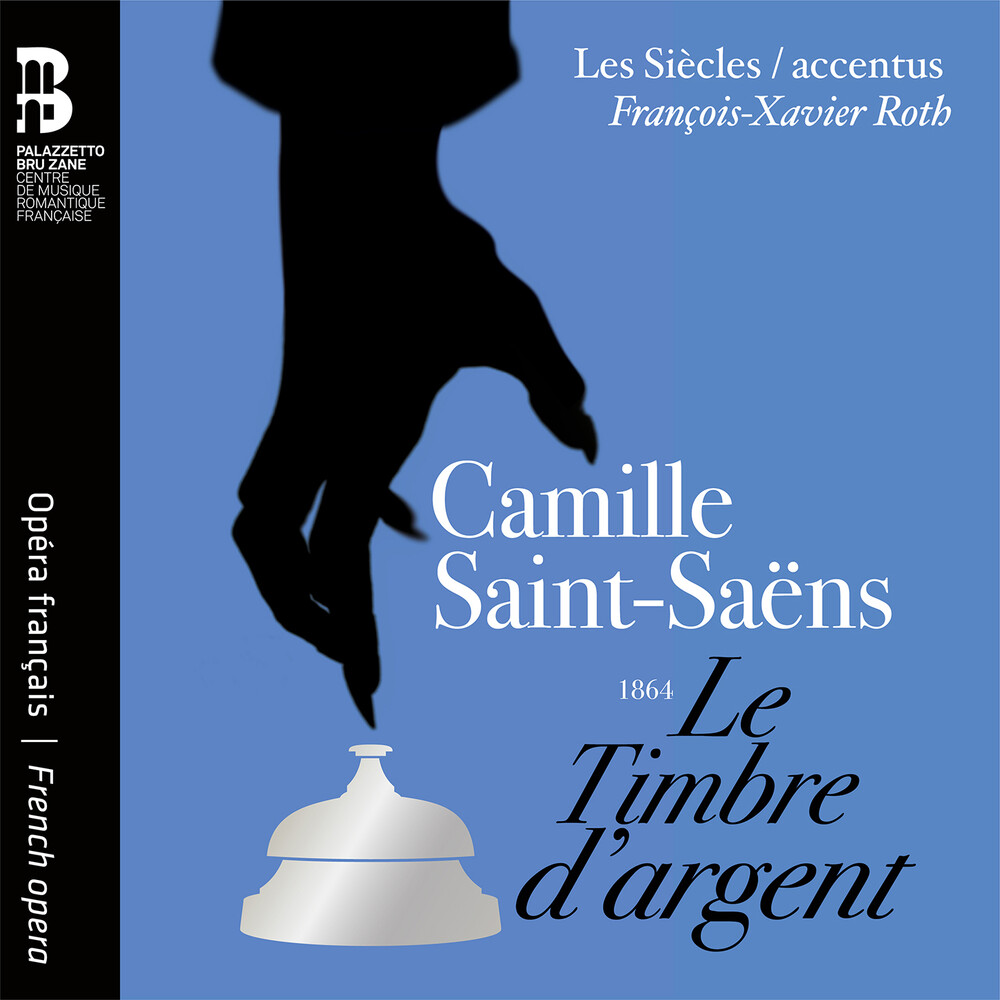 Saint-Saëns's first opera, Le Timbre d'argent - initially composed in 1864 - need not fear comparison with some of the most celebrated works in the nineteenth-century French repertory. It depicts the nightmare of a man whose hallucinations anticipate by twenty years the fantastical apparitions of Offenbach's Les Contes d'Hoffmann. A manipulative diabolical figure gives the hero a silver bell that he must ring to obtain the gold that will enable him to gain the love of the beautiful Circé; in exchange, a supposedly random victim must perish. But first Conrad's father-in-law, then his best friend are the ones to die. The flashback that resolves the drama already prefigures the cinematic devices of the following century. Le Timbre d'argent is presented here in it's final version, dating from 1914, the last of ten revisions over a period of almost fifty years. The dynamic conducting of François-Xavier Roth and the exceptionally precise and fiery performance of the period-instrument orchestra Les Siècles demonstrate that Saint-Saëns was doubtless right to persist in considering the work as one of his masterpieces.